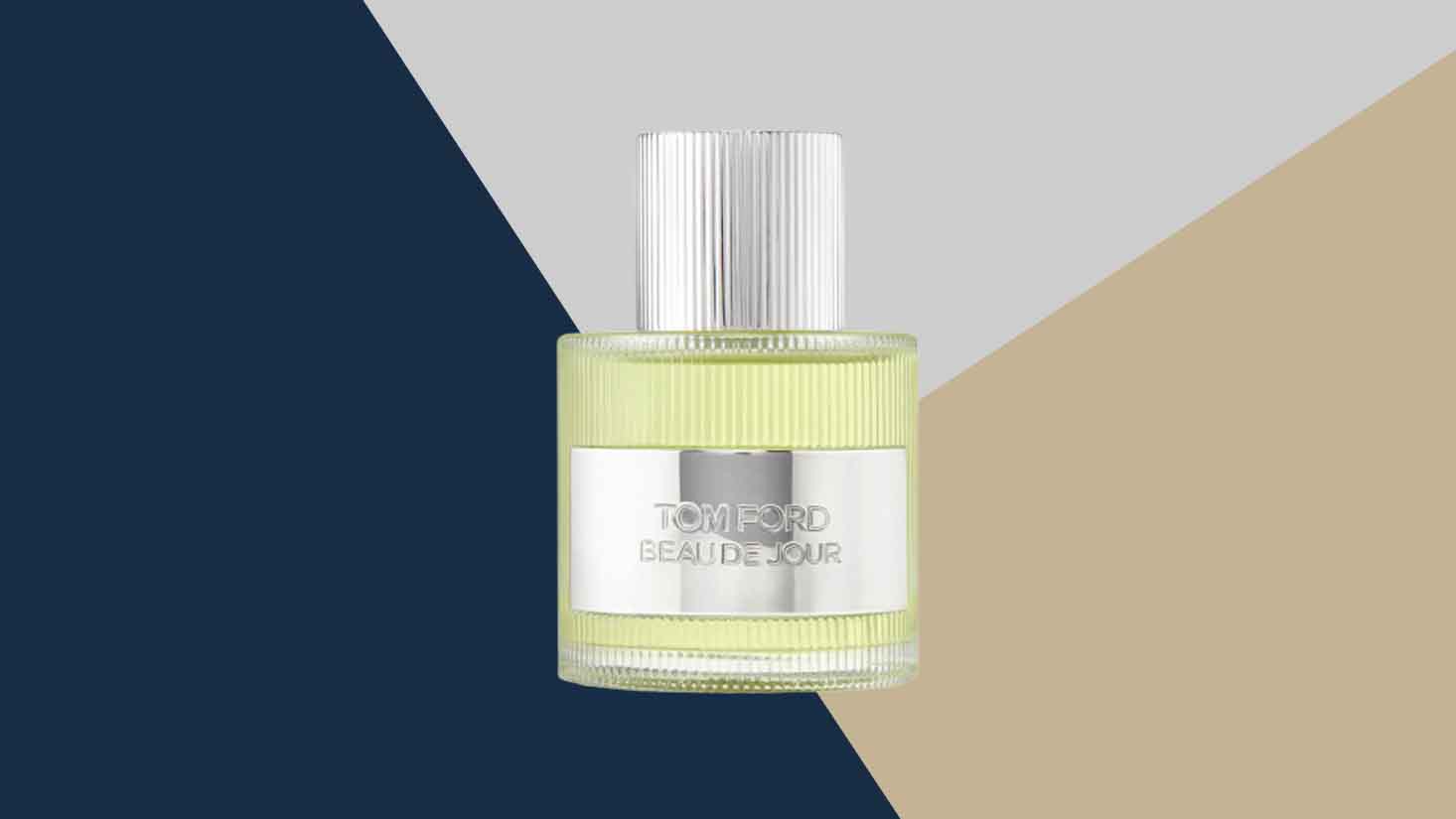 Whether it’s for yourself, or the man in your life, we’ve handpicked the best aftershave for men to suit all budgets and skin types from the likes of Tom Ford, Joop and more

T he importance of having a scent that embodies you and your personality is often talked about for women, but the same can also be said when looking for the best aftershave for men.

With so many different men’s aftershaves on the market varying wildly in price, it can be daunting to know where to start. Particularly with the rising popularity of ‘natural’ scents, as well as the classic cologne style aftershaves.

So, whether it’s time for a change, you’re looking to add to your collection, or you’re shopping for the man in your life, we’re here to help you find the product that’s best for you and your wallet.

We’ve also listed the most popular men’s aftershave based on The Fragrance Shop’s bestselling products. We haven’t tried all of those brands and scents so we can’t include them directly in our best aftershave for men list, but if you’re interested to know what other men are buying this might be useful! You can jump straight to that list by clicking HERE.

Best aftershave for men: What to look for

The term ‘aftershave’ is often used to describe a number of different products in the fragrance market that aren’t technically aftershaves at all. Most brands and companies use the term to label all sorts of fragrances and scents.

In fact, aftershaves in the formal sense tend to include soothing agents like aloe vera and, when they were originally invented, they contained a lot of alcohol in order to stem cuts from shaving. However, these days aftershave has come to be sort of an umbrella term to include eau de toilette, Eau de parfums, and fragrances of all kinds, all of which are included below.

Generally, Eau De toilette’s are cheaper than parfums. This is because they typically use a lower concentration of fine fragrance oil, but still importantly use the same ingredients as a parfum. The price difference is not technically a sign of less sophistication, more an indicator of how intense you want the fragrance to be of each particular scent, and how long you want that scent to linger.

This is important to bear in mind when shopping for the best aftershave for men, with many of the bigger name brand aftershaves offering both an Eau de toilette version and Eau de parfum.

FURTHER READING: Best subscription boxes for men UK for all your skincare, shaving and grooming needs

If none of the entries in our best aftershave for men list tickle your fancy, or you want more options, The Fragrance Shop recently released its list of the bestselling and most popular men’s aftershave. The top men’s aftershave list is as follows:

If you become a The Fragrance Shop member, you can also get 20% off the price of most of these men’s aftershaves – as well as other products sold across the site – and get free delivery on all orders. 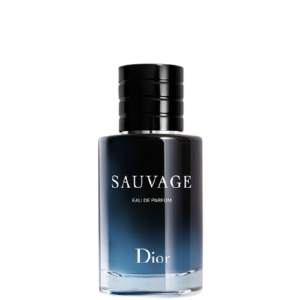 Sauvage by Dior regularly tops lists of the best men’s aftershave. From the most popular and bestselling products list from The Fragrance Shop to the recently released Most Popular Fragrances of All Time list, according to TikTok and compiled by OnBuy.com.

In fact, the latter list shows that TikToks tagged with Sauvage by Dior have been viewed a staggering 114 million times. To put this into perspective, second place Eros by Versace tags have been viewed 51 million…

Its popularity stems from the fact it has a masculine and musky scent that isn’t too overpowering. These notes come from the addition of Calabrian bergamot, woody ambery smells from an ingredient called Ambroxan, and smoky accents of vanilla. This makes it perfect for day, and night and for work and pleasure.

Having long been a favoured fragrance since its entry to the market in 2005, there’s a reason Joop! has stayed a perennially popular choice for men across the country. The fruity, zesty fragrance with bass notes of tonka bean and smoky vetiver provide the perfect choice for you if you want to begin your men’s aftershave journey.

The guarantee of a fresh, masculine, and most importantly long-lasting fragrance means you can’t go wrong with this purchase. What’s more, at the time of writing, it’s better than half price! 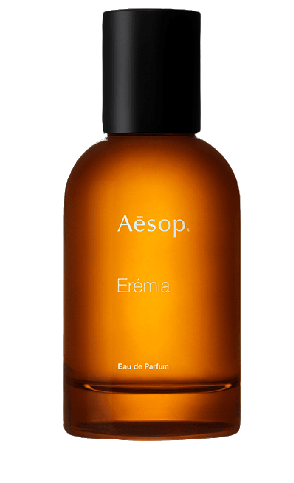 At the higher end of the aftershave for men price scale comes the Aesop Eremia Eau De Parfum. As with all Aesop products, this parfum is vegan, as well as it being labelled as for all “genders, philosophers, flauers and romantics.”

Barnabe Frillion – Aesop’s long-term fragrance partner claims the inspiration for this scent comes from “science and wonder” and it has a zesty, waxy and musky aromatic profile.

Aesop has focused on top notes of yuzu, bergamot and grapefruit to provide a sense of this inspiration. 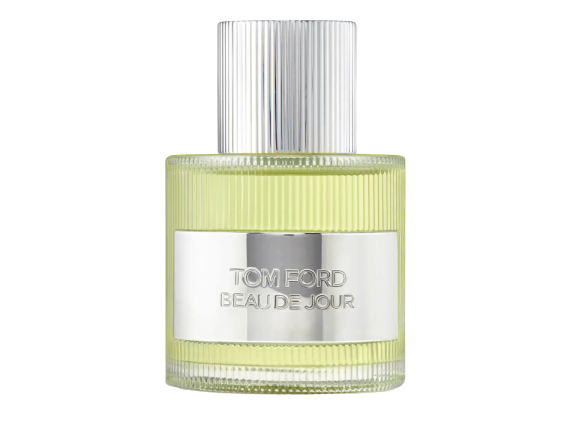 Tom Ford is a name synonymous with elegance and class and this runs through to its line of fragrances and aftershaves. This Eau De Parfum will give you style and confidence and the brand labels it as being best suited for the “perfectly groomed gentleman who considers every detail.”

At £85 for 50ml, our top entry in our best aftershave for men list could be considered an investment, but it gives a whole load of quality and substance. With its main tone being lavender with hints of mint and geranium, this parfum will give you a fresh, earthy scent and is a perfect choice if you want a refreshing and masculine smell. 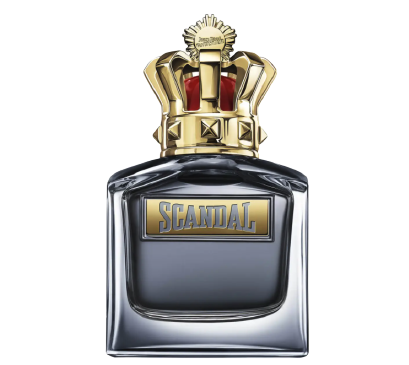 If there’s one thing you can rely on when it comes to Jean Paul Gaultier’s perfumes and men’s aftershaves, is the striking design of its bottles. And Scandal Pour Homme is no different.

With a crown situated atop the bottle, you can be assured of where Monsieur Gaultier thinks this perfume belongs in his long-range of fragrances. With this taking inspiration from the boxing ring, you can also be certain this fragrance packs a considerable punch.

This Eau de Toilette has woody, earthy tones and comes in a range of sizes from 50ml to 150 ml. This memorable bottle is also eco-friendly and can be refilled once you are ready for another round of Scandal. 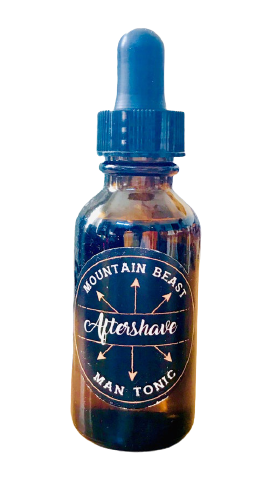 If the sting of men’s aftershave and use of alcohol in certain lines is not something you are particularly fond of then perhaps the Mountain Beast natural aftershave is the choice for you.

Using purely organic natural ingredients such as Cold press Organic Jojoba Oil, Cold-press Organic Vitamin E and Organic Essential Oils, this aftershave guarantees a ‘no burn’ sensation on your skin whilst also offering to cool and protect your skin.

Being handcrafted and all-natural, this men’s aftershave gives you the option of a slightly different approach whilst also allowing you to smell and feel great.

FURTHER READING: What skin type do I have? This skin types test reveals if you have oily, dry, combination or sensitive skin 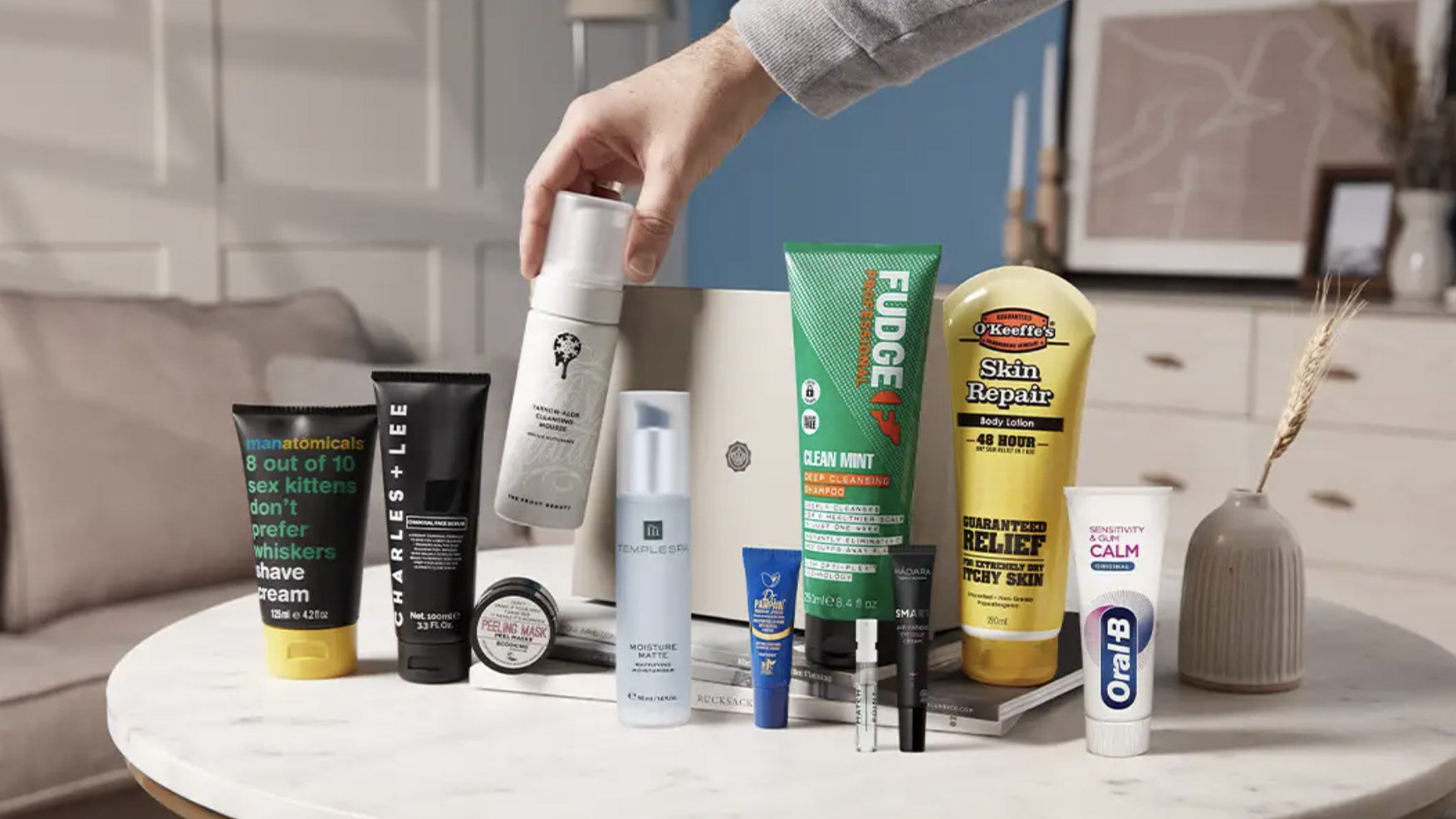 Valentine’s gifts for him: Be inspired by our Valentine’s Day gifts and present ideas for men

We've picked some of our top Valentine's Day gifts for men, from grooming sets to aftershave and cheap shavers, to...
Read More 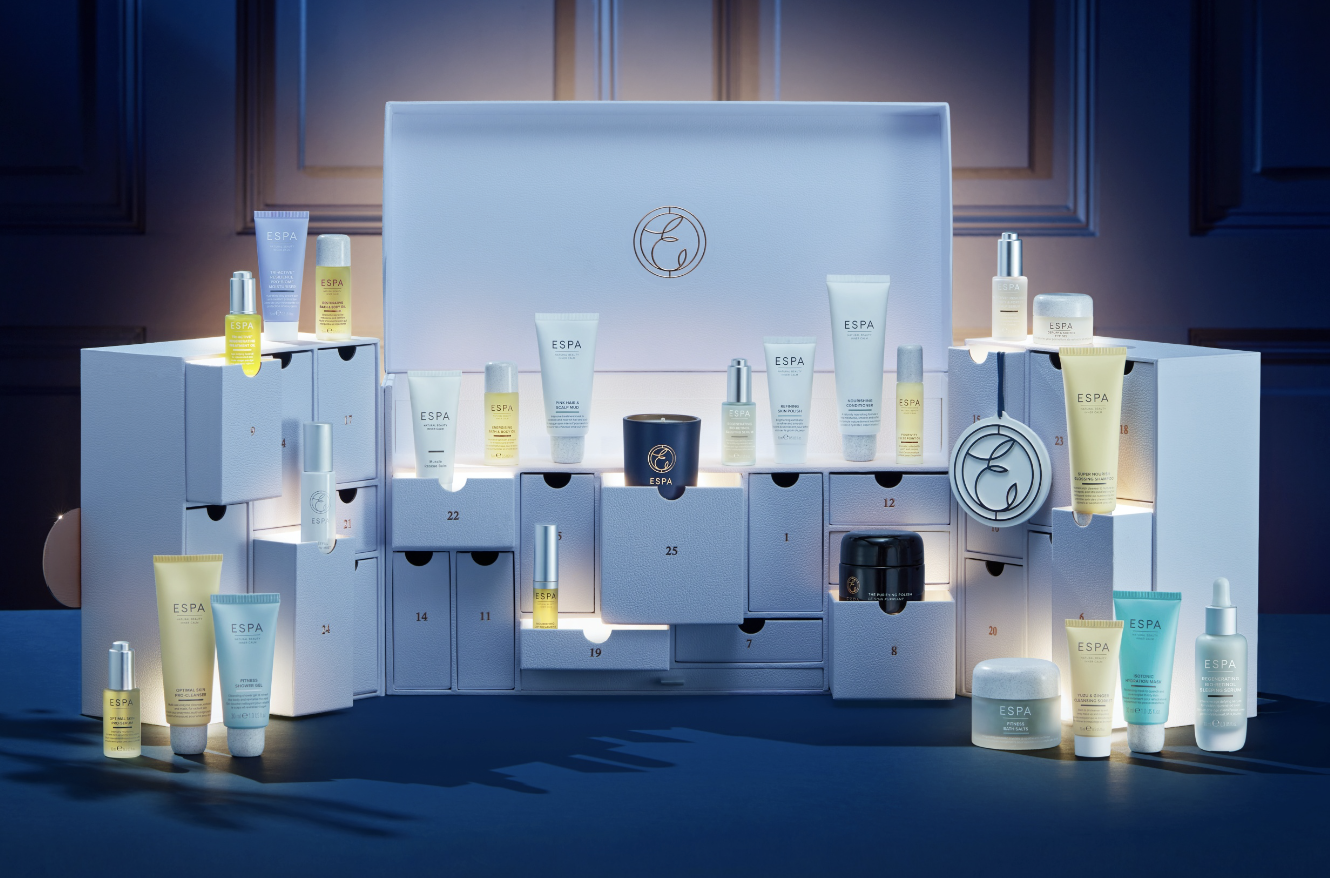 Best advent calendar for men 2023: The waitlists are (slowly) starting to open

We've started compiling our list of the best men's advent calendars in 2023 and have also included some of the...
Read More

Sex toys for men UK: Our pick of the best cheap and luxury male sex toys

Sex toys for men are on the rise and whether you're looking for something to help you last longer, add...
Read More 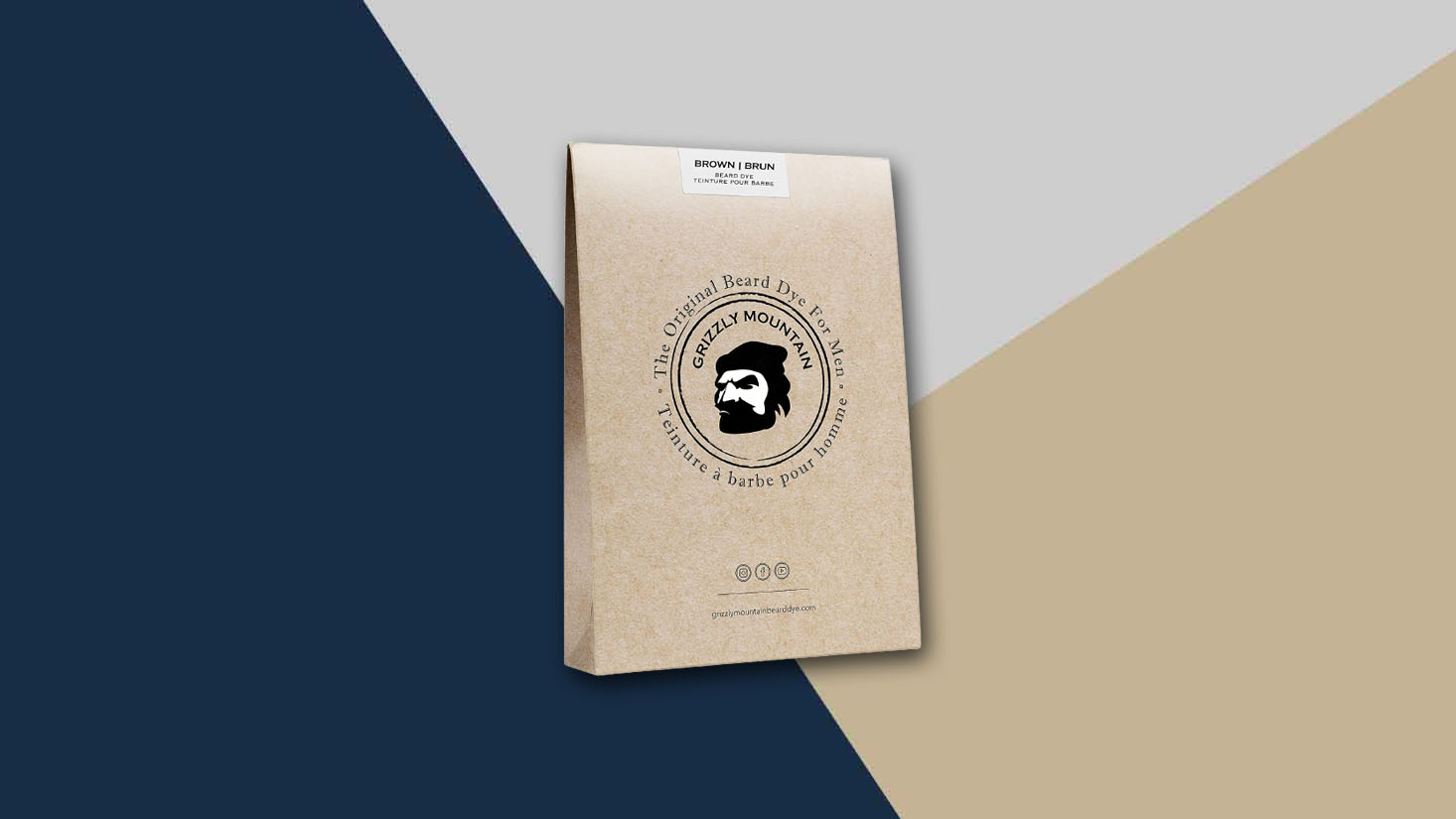 Beard dye for men UK: Dye the beard with our pick of the best facial hair dyes 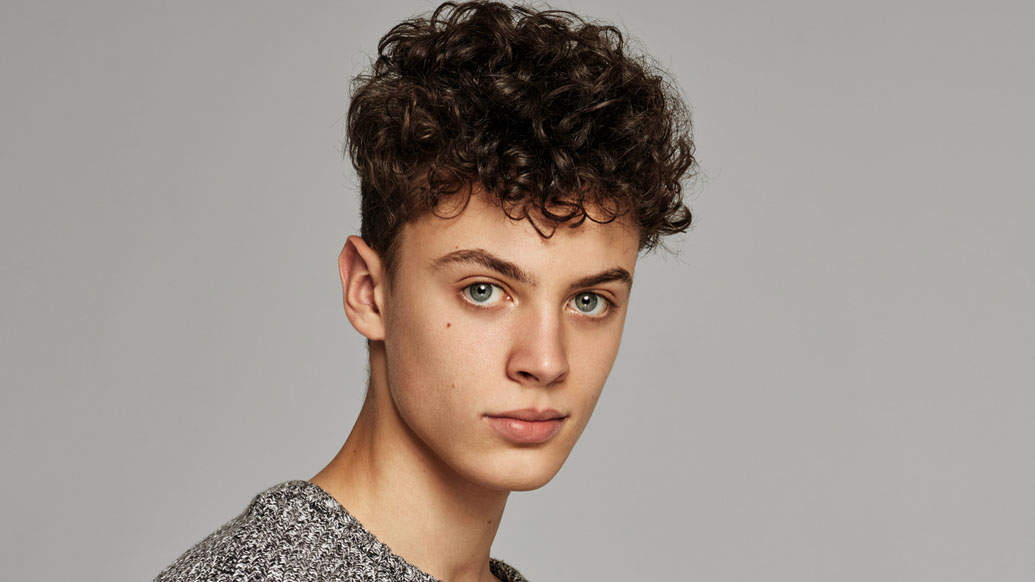 The male perm is one of this year’s top men’s hair trends, here’s how to nail the curly look

Not only is the perm making a comeback from its 1980s and 90s heyday, but the male perm is one...
Read More 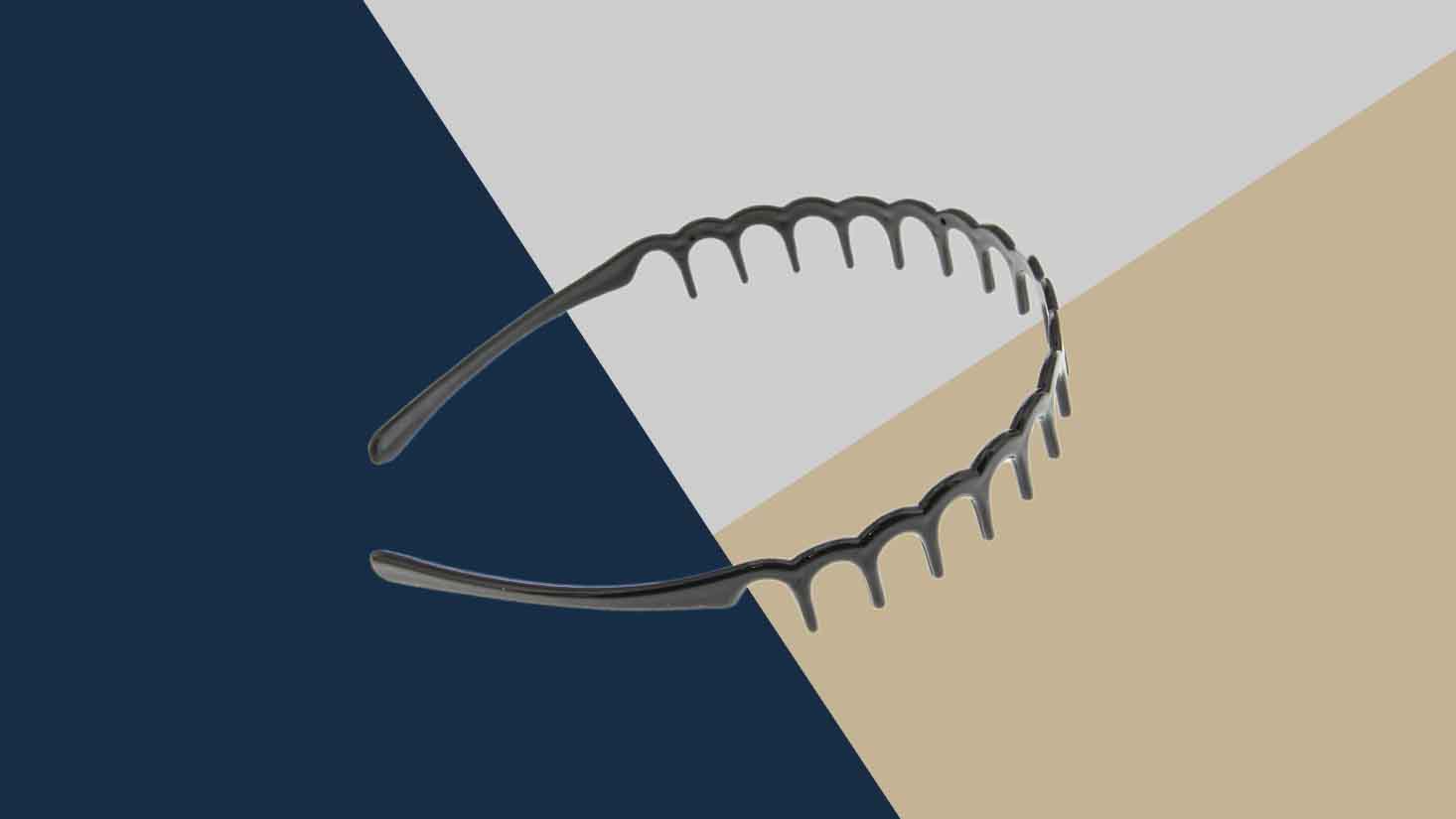 Whether it's because long hair styles for men have become more popular in recent years, or whether it's a consequence...
Read More 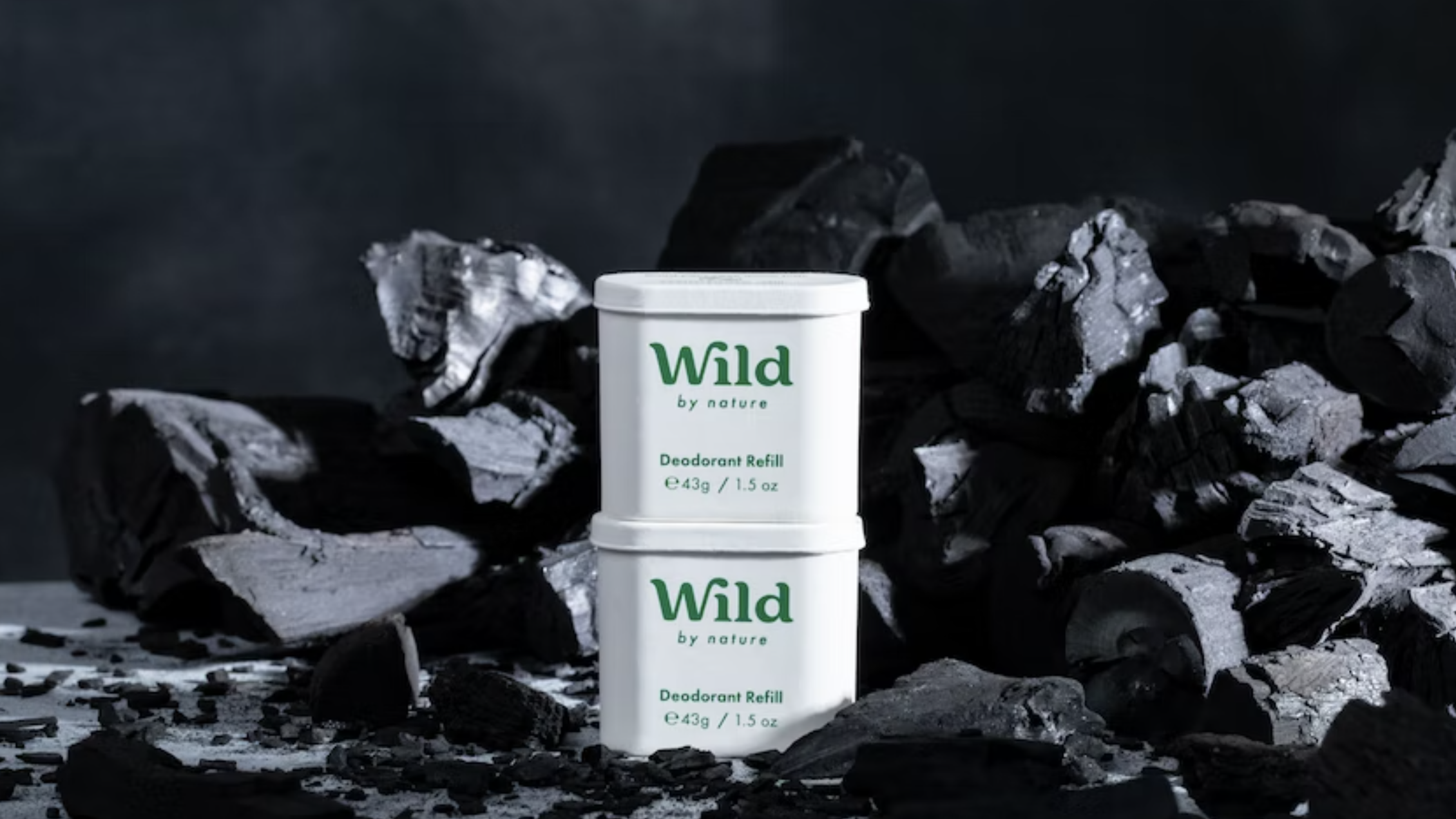 In our Wild deodorant for him review, we see whether the natural, aluminium-free refills are worth the hype or worth...
Read More 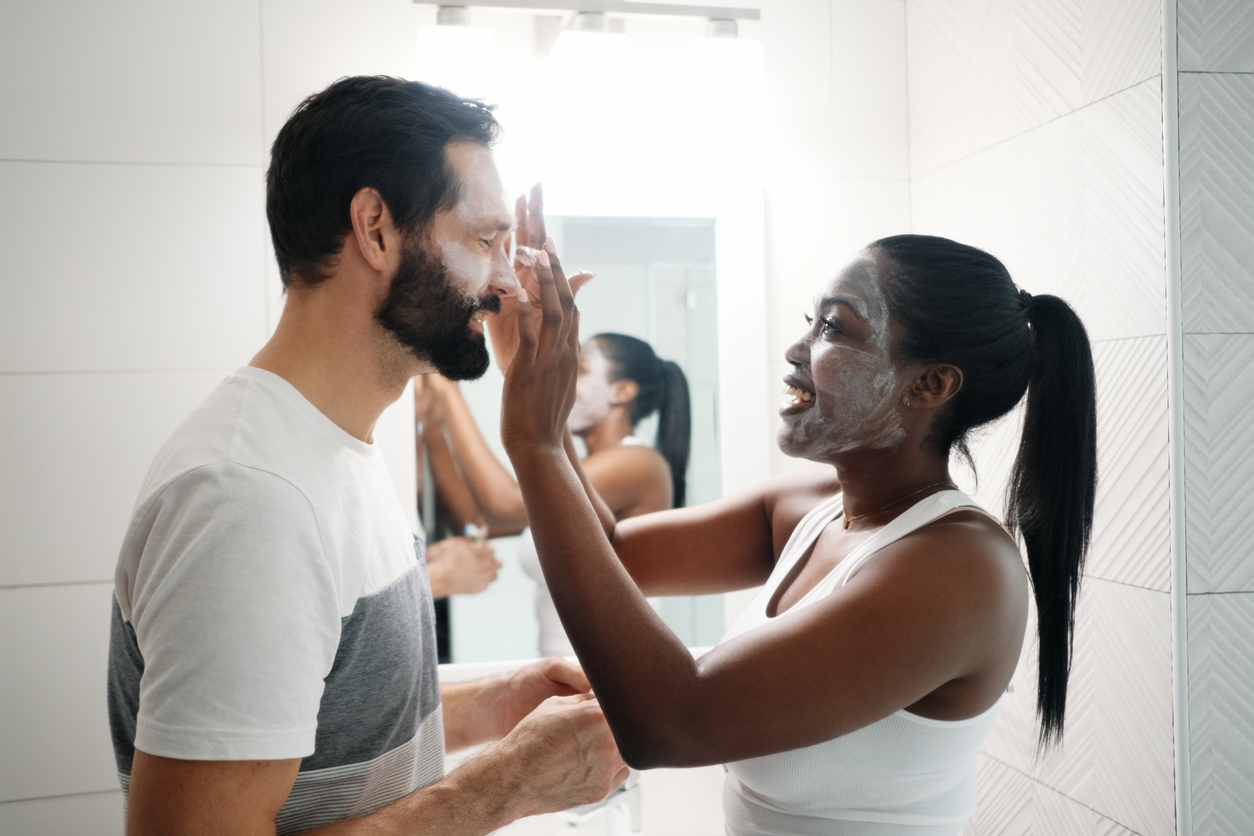 Men’s skin vs women’s skin: Are there differences or is it marketing BS?

The men's beauty market is booming but do you really need to buy products aimed only at men, or is...
Read More 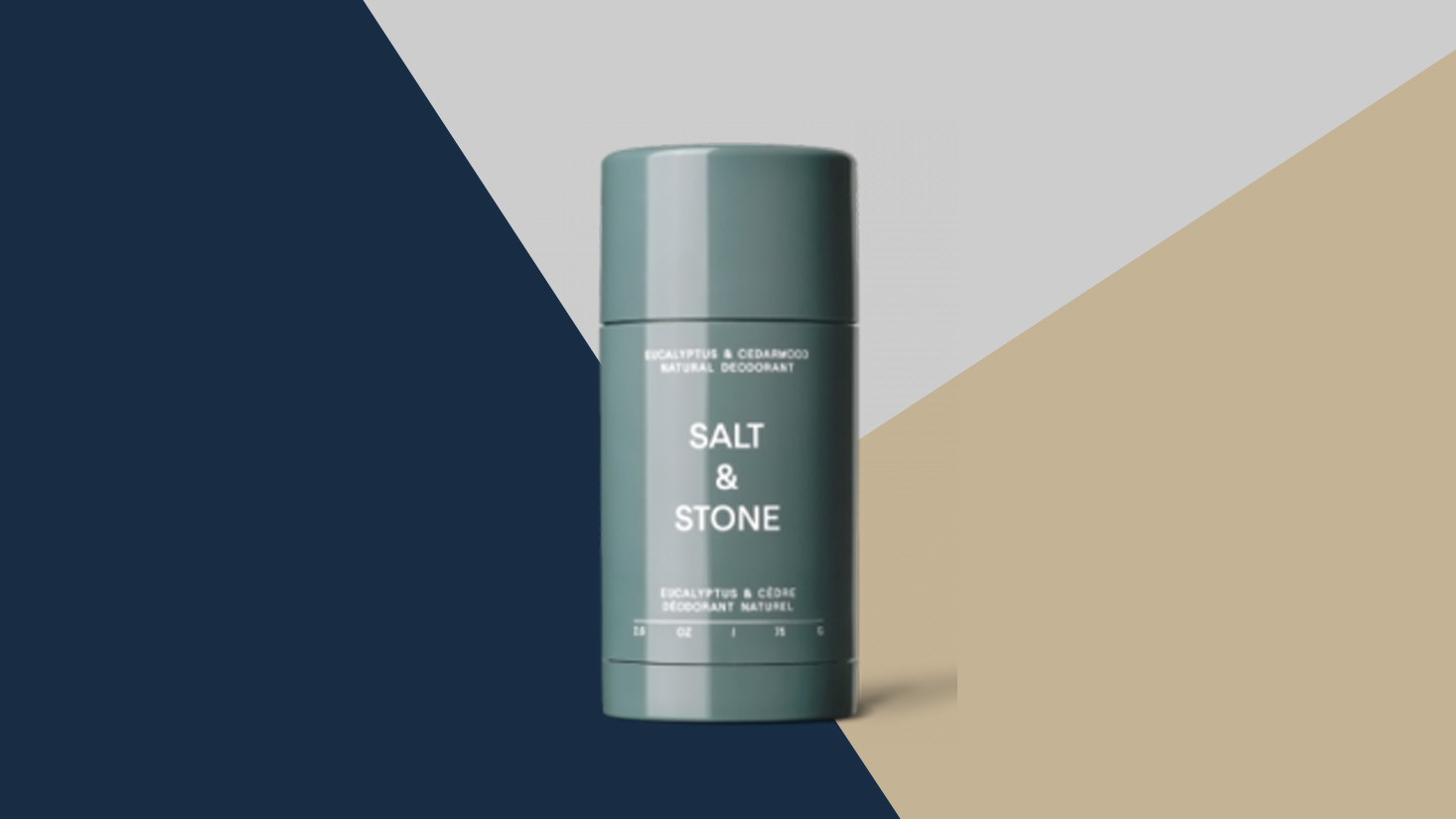 Best deodorant for men UK: 13 of the best men’s deodorant and antiperspirants

Looking for the best deodorant for men? We've got you covered with deodorant sticks, roll-ons, natural, and antiperspirant sprays for...
Read More 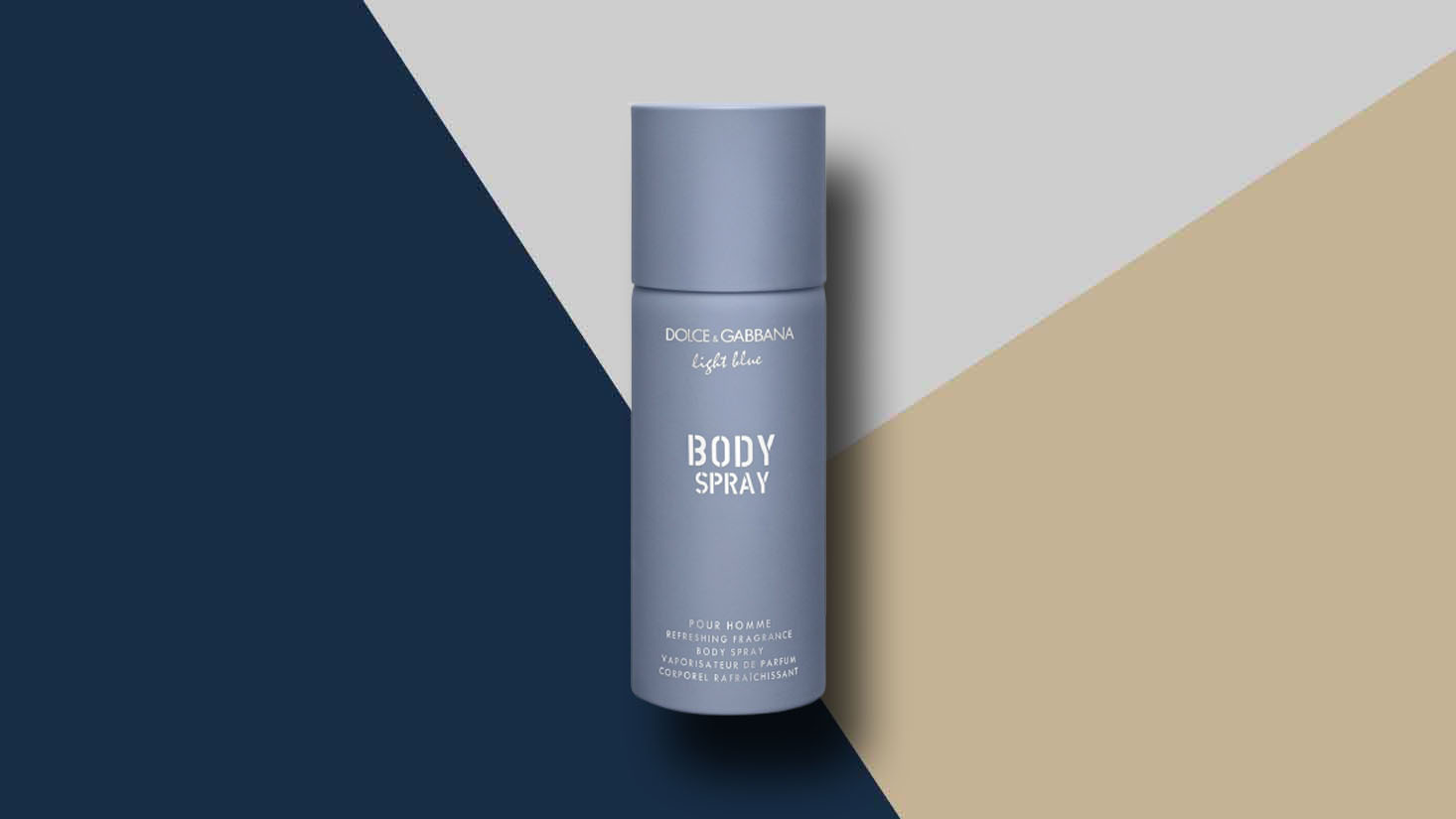 Looking for the best body spray for men? We've got you covered with the best men's body sprays for every...
Read More

Fed up with oily, spotty or ageing skin? Here’s what ‘skin food’ you should be eating

How to buy an electric shaver for men: Foil, rotary, cordless or wired…here’s how to choose

Fenty Skin: The skincare that combines multiple products in one to make things easier